With the broadening of the global perspective, the flow of cross-border assets, especially real estate investment, is also moving towards a global stage.

Since the official launch of Uoolu Global Websites which cover 135 countries and regions, Uoolu’s user database has been constantly updated, and shifted to some of the major cross-border real estate investment countries. In the first half of 2019, a large number of asset-allocation investors, represented by those from China, are looking for asset habitats around the world, and the demands for home purchase have begun to spread from investment to education, retirement, immigration and other multiple dimensions.

At the same time, Uoolu found that as an outstanding representative of emerging markets, Southeast Asia not only enjoys a rapid economic growth, but also a real estate market that is also very attractive to global investors.

Under the trend of globalization, Uoolu is willing to use professional data analysis to provide global investors with new perspectives and new options for real estate investment.

2. Analysis of Demands: Investment still dominates, and develops into education, retirement, immigration and other multi-dimensional demands

Investment, immigration, education, own-use/tourism and medical/retirement together constitute the five main drivers of cross-border home purchase. According to the Uoolu 2018 Ten Countries on One Belt and One Road Property Investment Data Report, among Chinese Investors, the proportion of investment-oriented buyers accounted for 68.85%. This number rose to 71.3% in the first half of 2019, reflecting the growing demand for investment-oriented asset allocation under the trend of globalization.

Born in the 1970s and 1980s, this generation is now one of the supporting forces of social economy and wealth. Through analysis, Uoolu find that the industry distribution of cross-border home buyers are mainly concentrated in the Internet industry, the financial industry and the education and scientific industry, this part of the investors usually have more advantages in access to overseas investment information.

4. Top investment destinations across the world: Thailand is firmly in the top spot, and Japan is on the rise

In the first half of 2019, according to the number of inquiries of Uoolu users, the Top10 destination of cross-border real estate investment are seen.

Among them, Thailand continues to be the firmly hottest destination, at the same time, Japan rises with an extremely fast speed. In recent years, with the steady development of the economy and the mature real estate market, Japan has been favored by global investors. In the first half of 2019, Japan ranked second among the top destinations for cross-border investment, after Thailand.

Under the trend of globalization, the rapid economic growth as well as the value of real estate investment in Southeast Asian countries are becoming more and more prominent. In this sector, Uoolu combined with PropertyGuru's core property data in Thailand, Singapore, Malaysia, as well as Uoolu’s database in  Philippines, Cambodia, Vietnam, to present the Southeast Asian real estate investment core index.

In the first half of 2019, Thailand remained the most high-profile property investment destination in Southeast Asia, with a sharp upward trend in the property concern index from January to June. The Philippines, has also risen sharply on the back of multiple positive factors such as the government's large infrastructure, the continuing explosion of demographic dividends and rapid economic growth. Vietnam, Cambodia as the most growth of the real estate investment market representatives, the performance is equally good, in addition, Malaysia, Singapore as a relatively mature real estate market system, its attention index as a whole is relatively stable.

House price growth and rental income, two of the most important indicators of property investment, are very considerable in the Southeast Asian market.

In the first half of 2019, prices rose well in major Cities in Southeast Asia, represented by Ho Chi Minh City of Vietnam, with its winning the top flight with a growth rate of 21.6%, making Vietnam the most growing real estate investment market in 2019.

House prices in Kuala Lumpur and Manila have also risen by more than 10 per cent, while Singapore's housing price growth prospects in recent years have been grim.

Rental yield is also an important index to measure the value of properties, which is influenced by local population, policies and other factors. Manila, the capital of the Philippines, officially surpassed 25 million people in 2019, making it the most populous city in Southeast Asia, and a strong and sustained population dividend continues to stimulate the local housing market, with a steady increase in house prices at around 10% a year, but also a considerable rental yield ratio, with 6.13 percent in the first half of 2019. At the same time, Phnom Penh and Bangkok also enjoyed over 5% rental yield. 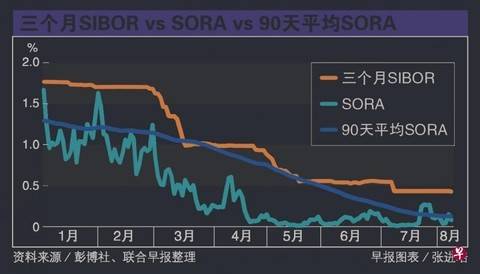